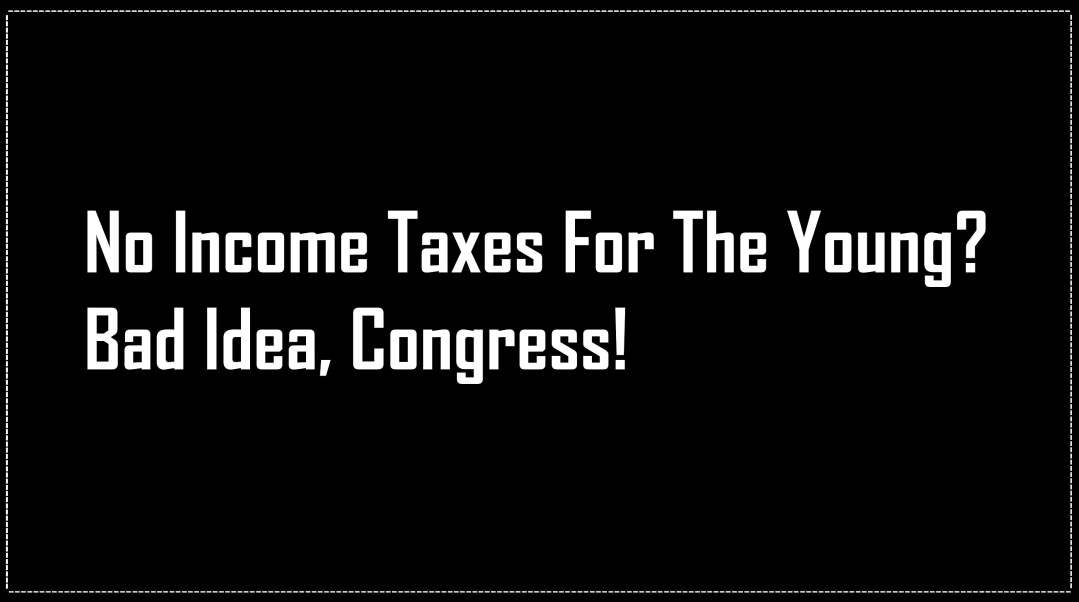 Opinion-16: Why Congress Thinking of No Income Tax For People Younger Than 35 is a Bad Idea.

This is why it would be a catastrophe.

Of whatever amount one earns, a portion of it goes into paying the income taxes. So, if the employees younger than 35 won’t have to pay this tax, then why would their employer want to keep paying them just as much? Won’t they cut down their pay as well to boost their own earnings? After all, that would be a big boom for the employers saving them a huge sum of money.

And, given there is no dearth of young professionals in the markets, and that now companies will be able to hire them at cheaper rates compared to the ones above the age of 35 (who would have to continue to pay income taxes), this would lead to rampant replacement of employees above the age of 35 across all sectors with ones who are younger.

Now, that would be a major disaster, both economic and demographic. Imagine the scene where we would be left with such a big section of comparatively aged population with lesser incomes and fewer job opportunities. How do we expect them to be able to pay for their healthcare costs which only rise with age, their bills and needs, education of their children (heavily expensive in today’s times) and countless other expenses which would only rise as economy grows, lifestyle factors evolve and inflation rises. In a way, this would wreak havoc on the common man.

Furthermore, in the long run, it is only going to increment the social security burden over the future Governments and future generations who would have to later pay heavier taxes to fend for the older men and women, their healthcare, living and other needs at a later stage. Thus, from this perspective, such a policy would also be a case of gross injustice to the future generations of the people and the Governments.

So, how could this be a good idea at all. In this post, I have not even taken the fiscal and revenue void that such a policy would leave on the exchequer. Yet, the picture already looks really bad to me. I hope such a differentiating and discriminatory policy based on one’s age never sees light of the day. Because this is nothing but a populist political hook being used to attract as many young voters to vote for a particular political party.

This is dirty (and also stupid) politics and public policy.

A crime against the aged and the future generations. I strongly oppose it. Period.

One thought on “Opinion-16: Why Congress Thinking of No Income Tax For People Younger Than 35 is a Bad Idea.”

Young Gentlemen with a “Choose yourself” motive. Now,that he has become a muckamuck; he is worth it. Progressing so rapid proves and reveals the unearthed in him until years. To a personal level, a passionate learner and a teacher of life. To me his affability and crystal clarity in his views has fascinated to an … END_OF_DOCUMENT_TOKEN_TO_BE_REPLACED