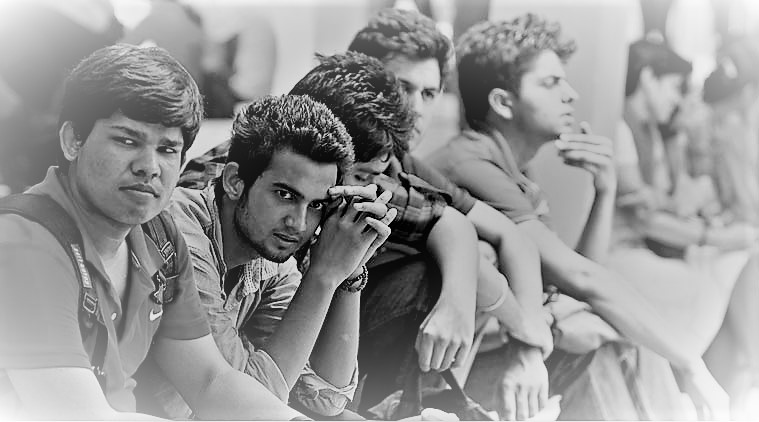 Opinion-13: Liberalization Of 1991 Is The Real Reason Why Many Indian Students Bunk Classes In College

Yep. No kidding. This is a serious post. Allow me delve into this issue about why large number of students bunk classes in Indian colleges from a perspective that is rarely ever talked about.

This is a long post with almost 1400 words. But trust me, it is all going to make sense in the end. I promise. But, for that you will have to read till the end. So, if you are on-board then let’s roll.

With liberalization, the Indian economy began to thrive in so many sectors so fervently. Foreign capital was flushing in. So was technology, markets and opportunities that Indians had not had access to until then. It was like a Pandora’s box opening up for the prospects of Indian economy as a whole.

Sundry foreign giants and corporations began operations in several Tier-1 and Tier-2 cities. And, also a large number of Indian businessmen and entrepreneurs came to the fore with an unprecedented opportunity to build something of their own, on their own.

Basically, with liberalization and the economic reforms of 1991, what began was the sudden mushrooming of a large number of businesses and industries which had never been witnessed on the landscape of the Independent India. Rampant red tape and bureaucracy driven license and permit raj had been mowed down by a great deal.

And thus, Indian economy, the elephant was roaring like a tiger for the first time ever post its idependence. However, with so many of industries and businesses coming into existence, what they needed the most was skilled and qualified human resource. Or, as they say in the layman terms, workers. And, guess what?

We in India didn’t have those in plenty.

Whatever best lot of that skilled faction of workers we were producing out of the handful IITs, IIMs and NITs, and a few other prestigious institutions of higher education, most of them would leave for the better paying and lucrative foreign companies based in United States or in Europe.

So, there came the reality check for India that before the advent of economic reforms of 1991 no one had given much of a thought about-

How would the liberalized economy of India provide the required skilled and qualified human resources to the sleuth of newly coming up multifarious industries and businesses? And, that is where the problem began.

Hitherto then, we only had a handful of quality institutions for higher education. But, they held world class repute. We didn’t have quantity but a lot of quality to offer to the globalized fray. Thus, Indians were known and revered for their excellence in academic and research domain worldwide.

Especially so, in the areas where various sciences and studies of mathematics formed the critical base. But, as the demand for the qualified workforce in India surged post 1991, the Governments, both in States and at the Center began to open up a sleuth of colleges and universities to make up for the shortage in supply of skilled workforce.

They also opened up the higher education sector to such extent that private colleges for niche domains like engineering and management began to crop up anywhere and everywhere.

The problem that no one saw coming at that time was that while the supply of on-paper qualified workforce was touching a new heydey every successive year, the actual efficacy and quality of that workforce to perform and deliver was falling to a new nadir every passing year.

These engineering, management, polytechnic, and vocational colleges that were erecting out in every nook and corner of the country were simply not at par with the quality that Indian higher education system used to be revered for in the global landscape.

And, with so many colleges of sundry kinds mushrooming all around, and with such a large number of young prospective Indians enrolling into those institutions, there was a great and urgent demand and need for teachers and professors who could teach these young minds what skills those industries and businesses at the other end demanded.

With the Governments at state and center realizing this issue, they began to put pressure over the existing colleges to produce more research scholars and PHDs and push them towards taking up teaching roles as their career. And, bang bang bang!

Guess what happened next (And, is still happening)? As a result, India began to flush its colleges and universities with a large number of not-so-deserving and under-qualified faculties. And, what happens when you have under-qualified teachers professing the students about what is right about their future?

You play with future of so many of those young minds, and the future of the nation as a whole. Everyone suffers and pays the price.

Look at it this way:

These undeserving lots of professors entering the education system every year are going to be there in the system for over 30–35 years to come at the least.

I hope reader can get an idea about the scale of catastrophe that this issue has set us up for. And, we Indians, especially the young ones who are entering the system or have entered it in the past decade or so (Like I did), we all know this. Almost all of us are taught by a number of such underqualified professors in our colleges and universities.

And, that brings me to the point where I answer this question.

Because attending that class of a professor who keeps aside ten marks in the overall subject for attendance, is a clear sign of how good they really are at teaching. And, most of us college going students know that this is a sad reality about many of our professors in the present times.

I bunk my classes selectively. And I do so because wasting my time and energy in that class doesn’t create much value for me. But, me reading and learning from the internet and books does add a lot of value to me and my future. And, thus it makes sense for me to bunk my classes. And, I am not the only one.

Same is the case with so many of us college going students in present day India. It’s very easy to blame it all on the students. But, no one ever thinks how and why did this culture of bunking the classes flourish in the first place when it wasn’t at all prevalent as a practice in our country’s colleges about two or three decades ago.

And, that is the entire story of how the Indian Higher Education System came to devolve so much over the course of years from a perspective that is rarely ever talked about. Also, that is the story about why so many of us students choose to bunk our classes so often.

I hope reader may have gotten something valuable to take away from this post to think over or talk about. Thanks for reading till the end of this post. Bliss!

2 thoughts on “Opinion-13: Liberalization Of 1991 Is The Real Reason Why Many Indian Students Bunk Classes In College”

I stumbled upon this awesome writer few months back .Apart from the social work he does, his way of writing caught my eyes. It has been immense pleasure to read his work on Quora and I’m looking forward to what his website has to give us all. Happy reading! Chani Bhate