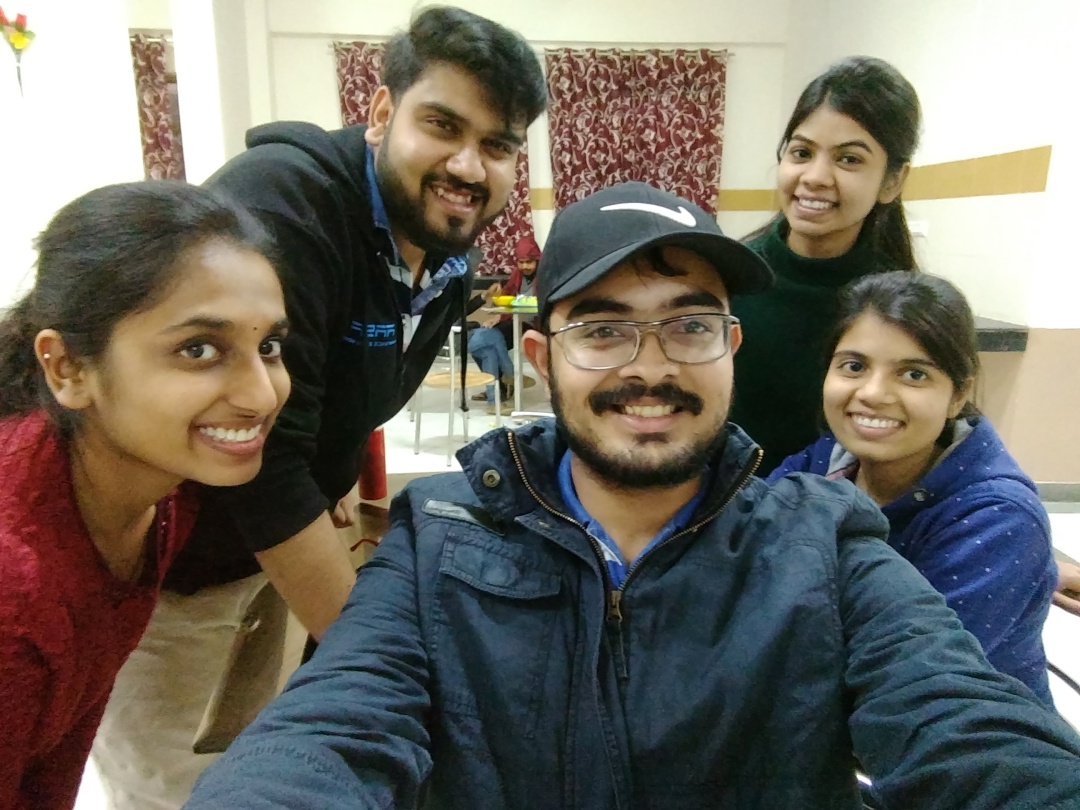 Nugget-47: How I Had A Perfect Valentine’s Day!

I kickstarted the day by watching Morgan Freeman starrer, Going in Style. Loved the movie. Laughed a lot. Wet my eyes in a few of the shots. The movie was a true celebration of love and camaraderie among three old best friends. Thus, I had every reason to be feeling happy and positive.

Then, I rang up Maa, and wished my one true companion, my valentine, a happy day ahead. Took her gracious blessings and then discussed other trivial stuff about what she was up to, and other such things. Ended the call with a smile and letting out those three precious love words.

And, then I began with something I had planned ahead in my head for the day. I wrote love letters to my five beloved best buds. Though two of them are not single, but I just wanted them to know that even if any of them would feel forlorn at any point of time, they will always have me to hold on to.

I wanted them to know that I will always be a constant in their lives like they had always been in mine.

Once I was done with this, I went for lunch. And, thereafter I wrote letters to eight more peeps who had added unparalleled joys to my life and made me feel special at some moment in the recent past. It was an awesome experience.

Not just because I was writing out so much of my lovely feelings for these people. But, because the way they all responded to my letters, it was just so overwhelming.

Tejaswi sent back a beautiful hand-written letter and we also just got off a vivacious telephonic conversation about the same.

Fellow Quoran Vidyarani M too wrote a big emotional letter in response to what I had written to her. She had a lot of good things to share.

Best bud Lakshya almost cried on the phone after reading my letter. Though he seldom writes, but he did write a few sentences yesterday just for me.

Many others called me and their exhilarating and pumped up voice was enough to suggest that what I had written had touched their hearts. Mission accomplished.

Some others even posted up shots of my letters as their stories on Instagram and Whatsapp. That was a big deal. I was so happy!

This was turning out to be a perfect day. Then, I went out to shop groceries with friend Shubham as we both had planned to cook dinner for some friends, two of whom are my best buds Akanksha and Shivani.

There we ate Gol Gappas and, thereafter cooked the feast upon returning back to our hostel. Once we were done, and finally tasted what we had cooked, we got into a brief discussion about if we should just call off the feast and rather enjoy the food to ourselves. It had all turned out damn tasty after all.

But, of course, we had to put a hefty rock over our hearts and abide by the plan as the girls would have gone mad otherwise. And, no one likes that sight.

And, ergo, then we all finally met, where Shubham and I served everyone the meal. And, they loved it. At least that is what those guys told us on our face each of those tens of times when I asked them about how much they liked the food. I wanted to garner as many praises as possible. Then we all went for a long walk, doing nothing productive, just rambling and discussing random shit that everyone was tossing out of their heads. But, it was definitely fun. I was damn tired by now, as my day had been very consuming. And thus, I just wanted to return back to my room and go to bed.

But, I was lucky, as more joy awaited. As soon as I returned to my room, I ended up getting on a call with a close friend and then we both ensued on almost a forty minutes long call discussing each other’s days, laughing and smiling. It was a perfect cherry on the cake that my day had been.

Though I was single this year, I was in no way alone at any moment. This for me was a Valentine’s Day well spent. I had garnered a number of reasons to go to the bed with a content smile. And, so I did. Bliss!

I have known Jayant for quite some time now and I find a brother and a very good friend in him. Coming to his works, he basically doesn’t write to make others feel good. But perhaps want to share his views and keep people enlightened. And that serves the purpose. It is not about those … END_OF_DOCUMENT_TOKEN_TO_BE_REPLACED