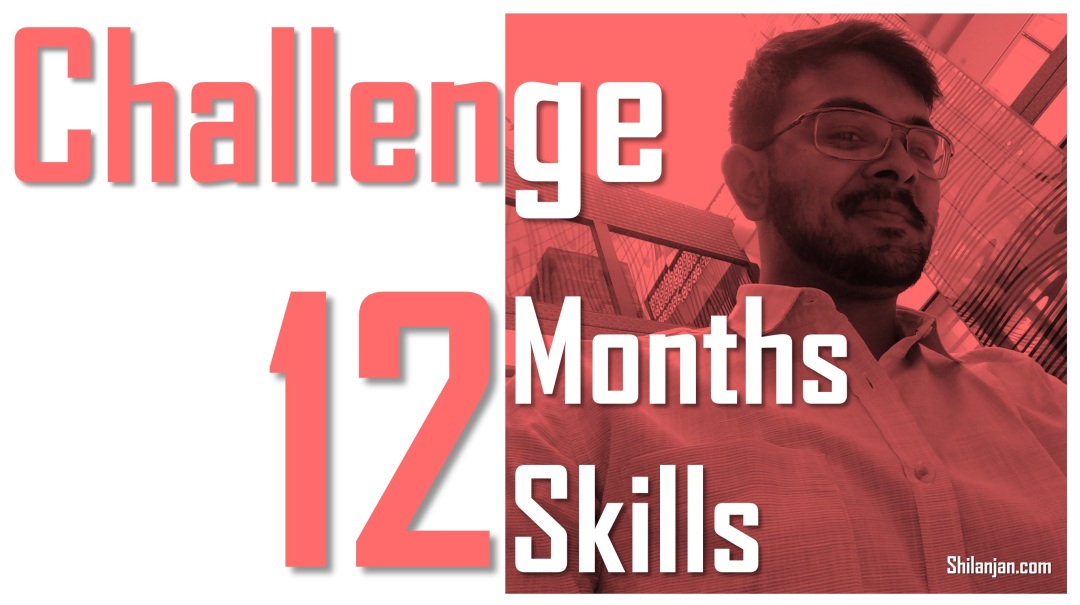 It’s a new year. I mean, it’s not even been ten full days into 2018 yet, so I can say that right? Ergo, I thought why not kick start with something awesome. Something that would help me completely redefine myself and my skill sets by the time it will be time to bid goodbye to 2018.

And thus, hunting for various ideas to start with, I ended up with something kick ass. Kanan Gill, a renowned Indian stand-up comedian had some time back started up with a challenge to try his hands on a new skill every week. In the first week, he went up for cooking, then for learning how to DJ, and then dancing in the third week and so on and on and on.

I was inspired. It felt awesome. I loved the idea. I mean, I wasn’t really convinced that dedicating a week to any activity would yield any significant results. But, who says I have to copy him, right? And, thus I decided, that in the twelve months of this year, I will attain at least basic proficiency in twelve different skill sets. And, that is what this post is all about.

Given I have naught worth of prior experience at cooking and have been doing it only since 25th of the bygone month, I have decided that I am dedicating the first month of 2018, January to nurturing a decent cook in myself. As days pass by, I hope to be capable of cooking multifarious dishes and veggies, while attaining a better speed at chopping as well.

As of yet, I have cooked seven meals in toto. And, at an average, it has taken me an hour from the beginning to the end of the entire process. The first four meals I cooked were under the supervision of my Grandma. But, since then I have been doing everything on my own, from shopping, to chopping to cooking and ultimately feasting. Oh and also, washing the utensils once all that is over.

I know, cooking is no big deal for many. But, to me, it’s like a whole new world full of excitement has opened its doors to me. I am enjoying this. So much so that every time I end up with tears while chopping the onions, I also end up laughing at myself. I don’t know why I laugh at such times. But, it just feels so good and right. And, that makes me happy.

And, given I have just begun, I would love to discover how much more awesomeness awaits to be discovered and unravelled by me in the days to come as I hone the cook in me. And, once I am done with this month, I will be adding another blog post to this thread sharing my progress. And, also, I will be appending to that same post the name of the new skill which I will then be dedicating myself to over the next month, February.

As of this moment, the skills I would like to explore next would be sketching or photography. However, let’s see which one I finally end up pursuing. This is my attempt to carry and build upon the growth momentum which I accomplished in 2017. It was a great year for me, and I hope to make 2018 way better by a gargantuan arithmetic. And, I hope that reader makes 2018 amount to a great growth story for themselves as well.

Maybe they can join me in with this challenge itself!

Wishing my earnest readers an awesome, happy and happening 2018 ahead.

Last year at that time I was not that addicted to Quora but because I love reading in my free time, I open Quora that day. I was just scrolling down and read a person’s answer with something interesting about him…I liked that. I opened his profile and also liked another answer then one after … END_OF_DOCUMENT_TOKEN_TO_BE_REPLACED