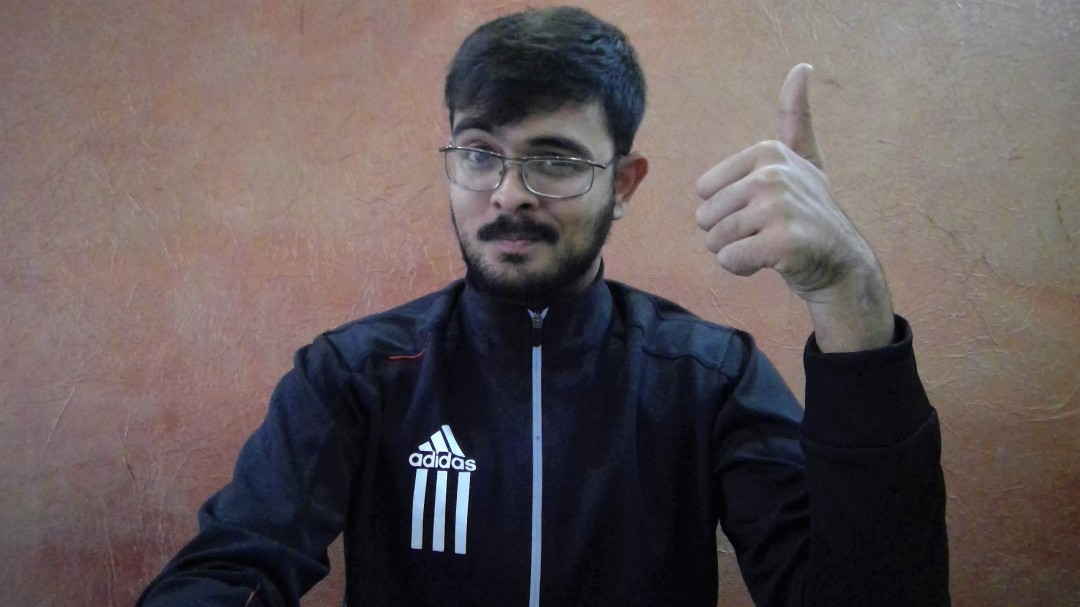 5 Situations When It’s Okay For Men To Cry.

Personally, I would like to keep a much wider gamut of situations to myself for the sake of liberty to cry my heart out if and when I feel the need to let out something very painful or gruesome. After all, crying is a great means of catharsis and it is often followed by certain moments of clarity and peace.

And given the maudlin buff that I am, I am always in need of something to calm me down and make things seem simpler. Yet, if someone would ask me when is it okay for a man to cry, well these five situations would pop up in my mind first of all:

When you know that girls, their bodies, their flirting or coming close to you, their placing their hands over your shoulder or on your thighs nothing makes your penis erect. But, a mere sight of that marvelous, handsome and kind man does.

When you know that that you are gay, and you want to fall in love with someone you like, when you want to get close to that man, hold hands with him, stay together, do sundry couple things and activities.

All without having to lie or hide the real you under the 3mm thick skin of a so-called man just because the society, the Government or often the very family which has been raising you since birth won’t approve of your choice, your love and your orientation.

It sucks when you have to suppress your love, keep it veiled into your skin, live in fears because people brand your sexual orientation and likening for a particular gender as a disease, a societal malice, a menace which needs to be cured or eradicated.

An, in those times, when a man is simply tired of living a life like that, hiding, lying, and most importantly suffocating every day and night, at those times, this man we are talking about deserves the liberty to cry.

When someone he had been in love with for a long time, someone who he had always treated with utmost respect and care, someone who he always dreamt of having kids with, raising a house in presence of, bathing naked in shower with and waking up next to for the rest of his life.

And, struggling, falling and rising and kissing and loving and then growing up doing all of that again and again and again until they depart someday, when that someone turns out to have fallen for some other person, way before he could have mustered the balls and gestated the heft to confess his feelings, it’s a moment worth a cry for the minimum.

It really crunches up your heart in those particular moments, making you feel utterly miserable and forlorn when you often end up chiding yourself, feeling pity for your fate, your life and everything else that you are about.

Those are times when no company of a dear friend, a mentor or even a parent can make you feel better, because the thoughts of that girl and her new partner being close, together, holding hands, watching the sunset with her head close to his neck, those thoughts keep troubling you, unnerving you, burning and breaking you.

And, your heart is just not strong enough to let those painful thoughts pass away without fomenting angst, anxiety and fears of sundry kinds in your head. And, in those moments, crying his heart out is the least a man can do.

When he has worked really hard for some project, event, job opportunity or whatever other goal he may have been pursuing and channeling all his time and energy into, and then out of the blue someone way less deserving gets the taste of success that was supposed to be his.

Especially if it’s because there was some sort of quota or reservation allowing people with lesser potential climb over his dreams and rightfully earned positions. And, even more so if the other person was a girl who the decision makers were inclined to favour because of biological biases or creepy intentions or something even inexplicable in decent and sane perspective.

In those times, a man is bound to feel bad and defied by the world. And, when your hard work, blood and sweat doesn’t bear you the fruition you had in your mind, it is bound to be hurtful, and fill you up with venom.

It’s definitely not good but still is justified if the said man loses his shit, greets a few people up with punches, maybe hits his hand into a wall and gets it bruised or does something even more insane.

And, thus at those times, it’s very natural for a man to end up taking a sigh and shedding a few tears before settling back to the realm of reality that this is how life works, fair only sometimes and only to some people.

When he knows that he wants to raise his kids by being around them all the time, like a full-time parent, a mentor and a guide who will always be around to push them, help them grow while being a part of every bit of their growing up story or maybe just be a homemaker.

But, the societal construct fetters him to be any of that and pushes him to be one of the bread earners if not the only one, just because he is a male, and thus must not be staying at home during the days, cooking meals, cleaning the house, taking care of the kids and other daily life chores.

Because that would be disgusting and very unpalatable to satiate the men’s pride. And, in those times, when we men don’t get the choice to lead a dignified life as a homemaker or as a full-time parent who stays at home and doesn’t go out to mint money, it can be quite suffocating and regressive.

And, in those hapless times, a man very well deserves an opportunity to cry out his pains for having born with a dangling set of genitals between his legs which get to decide what he can and cannot become in life.

When he has lost a dear one, either to death, to a breakup, or a fight or whatever the heck else. Departure sucks and hurts. It leaves behind a big void which had earlier been occupied by this very valuable person. And, now that this person is no more a part of your life, it feels like a part of you is missing, it’s gone, and you direly yearn for it to somehow come back.

It feels like life has been unfair to you. It feels like, you didn’t deserve this. Only love, care and fraternity but not the departure, please. And, at those times, when things get really off the head and heart’s capacity to balance the hormones and blood pressure, and resulting into untenable panic, ire and aggression, I feel its justified for a man to cry. I know, I would cry. In fact, I have.

All of that said, I would like to end this answer with just one more point to lighten the aura, as I feel that I kind of brewed up the steam in some of those aforementioned points. I say, we the men, deserve the right to cry whenever we deem necessary.

But one particular case when it’s the most obvious and justified thing to do is when someone kicks him right between his legs, in the groins, crushing the two balls which are an insignia of the gender that we belong to. The pain that follows then is not some ordinary physical pain like when someone slaps you up ten times.

It’s different, and its worse. And, it’s not an immediate pain either. It’s a slow one. It’s a pain which begins to freak the hell out of you only seconds later with the intensity of the pain rising from zero to mild and then bursting into insanity within a matter of seconds!

And, in those times, a man doesn’t just deserve the right to cry and scream but also to attack the bastard man or woman who did this really bad thing to him. Phew! Personal feelings attached. Bliss!

I stumbled upon this awesome writer few months back .Apart from the social work he does, his way of writing caught my eyes. It has been immense pleasure to read his work on Quora and I’m looking forward to what his website has to give us all. Happy reading! Chani Bhate