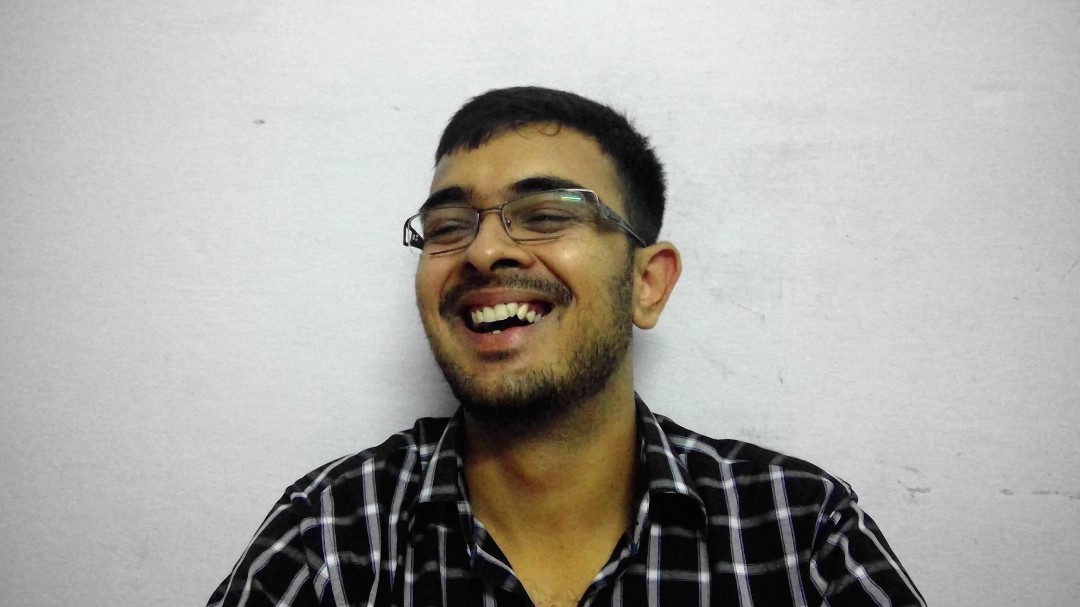 This Is How I Made Time To Pursue My Passion.

Note: Making time for my passion was not a one day job. So, this one is going to be a long post. So let’s go!

Something wasn’t going right in life. I had friends. I had a lot of them. But, apparently they were bringing more of sorrow into my life than the happiness. Every other week I would get into arguments or fights with someone new in the group. Sometimes it would be me at fault, and sometimes it would be other way around.

Those were the days when we were a group of thirteen people. And apart from them, I also shared a good bonding with several hostel mates too. So, all in all the count of people who I used to associate with on a daily basis went up to thirty individual souls. In a way, my life should have been awesome and smooth as I had so many friends!

But, was it? When you have thirty people whom you call your friends, you also begin to expect certain things and certain behaviours out of them. At least that is the case with most people. Or maybe it was just me. Anyways, you begin to depend on all of your friends for one thing or another. If not much, you tend to expect them to at least stand by you no matter what.

What many of us tend to forget in such times is the fact that they too have twenty-nine other such friends whom they have to satiate, look after and stand by. And, be it for me or for any for any one of them, to take care of and live up to the expectations and agendas of so many people is simply not easy. And, every time you intentionally or inadvertently fail to live up to their agendas, you end up letting them down.

And, that brings in disgruntlement and mistrust, which are followed by unnecessary fights and arguments which only vitiate the peace and leisure in our lives. I am quite sure, reader can relate to having faced such realities at some point or another in their lives. And that was the case with me as well. I had been spending all my time and energy to make sure that my dear ones stay happy.

I always wanted to ensure that my dear ones feel blessed to have someone like me in their lives. I would always struggle to fulfil each one’s expectations and desires. I thought, maybe this way they will feel cherished, and will also return the love. But, sadly, my efforts were proving insufficient to satiate the expectations of thirty people all at a time.

Similarly, they too were not always living up to my expectations either. Because it is simply impractical. And, this pilfered off my life’s calm and peace. I would cry pushing my head into the pillow, cursing those people, and cursing myself. I would wonder why won’t they return the love and support me the way I do for them. What I could not comprehend back then was that probably they too felt the same.

However, not all of them were that deserving of my empathy either. Some were intentional every time they tried to hurt me. You know, we all have probably had such relatives or friends who gain pleasure out of disturbing us and destroying our happiness and peace. So, they just played dirty politics which was then beyond my heart’s capacity to bear with.

So, all in all, I was frittering off too much of my peace, happiness, and invaluable time and energy on dealing with and entertaining all those whole lot of people, good and bad alike. And, it was during those days when reading a book by a sage man,

, that an epiphany hit me. I realized that making a lot of friends doesn’t makes life easier or any better.

I learned what we really need is a few but genuine and credible friends who would invest into you their cent percent of love, passion and energy whenever you would need it. And, these must be people for whom you too would never mind doing the same for. Rest of the people can be connections and acquaintances, but not really friends.

And, to make sure that I was not just going to read the book and go on with my life as usual, I took up an exercise. I took up a plain white A4 sheet, and I listed down names of all those people whom my life used to revolve around. One by one, line after another, I wrote down all their names on the paper. Then, I began to assign each of those names a score.

The score would be a measure of how happy, peaceful and positive I feel each time I meet or talk to them. I scored them all on a scale of 0-10. Further, I had created three categories to help me decide who I needed to connect more with, and who I had to let go completely. The people who I had scored in the range of 7-10 were the ones who I felt made me the happiest.

I felt that those are the kind of people who are my good eggs, ones who would never intend to do me any bad for their own good. These were people who I was supposed further solidify my bonding with. The other category was for people who I had accorded marks in the range of 5-7. These were people, who were all good people, but just not meant for me.

Basically, these were people who didn’t mean bad for me, but were not that positive for me either. So, I had to maintain a safe distance from them. By ‘safe distance’ I mean, a bonding where I stay connected to them, but only as a connection and not as a dependable all-time buddy. After all, the time and love I was investing into my bonding with them was anyway not going to be worth it.

Moving on, apart from them, there were the people from a third category which spanned from 0-5 marks. Without any explanation, these were people I just had to let go off. Or to be blunt, these were people I had to cut off my life. In fact, I was so methodical and serious about this exercise, that I actually crossed each of their names from that A4 sheet with a black pen.

My relationship with this set of people from here on was only going to be about exchanging pleasantries every time we crossed each other. Apart from that minimal contact, I simply had to mow down all bonds I used to share with them. I know this sounds pretty harsh. But, being practical, giving them a piece of me was simply not bearing any fruits of any kinds, and was rather causing more hurt and pain.

So, here is where I ended up after this extensive exercise. Out of thirty people, I had eighteen who lied in the range of 0-5. So, immediately I had liberated myself from eighteen people who were holding me back, sucking my time and energy. This freed up a huge lot of time for me to invest into activities which I wished to pursue. But, this wasn’t just it.

From the leftover twelve people, seven belonged to the ones with 5-7 marks. So, I had to limit my interaction with them as well. This again freed up a lot of my time. I was now left with just five super awesome and special people. Out of thirty, I now only had to care about five. These were the noble souls who I had concluded to be my true dear ones.

I thus began to spend more of my time and love on them, which helped me bolster my relationships with them. Over the upcoming days, I could witness the peace and calm crawling back into my life. In the beginning it was quite irritating and tough to resist my normal behaviour though. And, the innate desire to go back out there and mingle with those people was really strong.

But, I had to somehow stop myself from committing that mistake because James had clearly mentioned in his book that this transition won’t be easy. I knew it would happen from the very beginning of the process. But, the results would be unprecedented, if I could manage to resist the urges. So, trusting James and his words, I kept myself at a distance from them for a long time.

Maybe for a month, I kept telling people ‘No’ every time they would be planning to go out on dinner, or maybe just hang out, or gossip all night. Because I knew that going back to those people will weaken my stance and push me back towards the vitiated painful past that I had been trying to conquer all this time. And, ultimately it did pay off.

I realized that those urges to go back to those people were strong enough only till the day I had free time. So, I made writing on Quora a daily ritual. I would write as much as I could to kill the free time. I became prolific at reading too. After cutting off eighteen of the thirty people in my circles off me, I had begun to save enormous deal of time and energy to invest into things I wanted to excel at.

As I was reading more and more of books from multifarious genres, my mind, wisdom and knowledge also began to widen day after another. I was learning a lot more every day. And, the more I was learning, the more material I had to write about. So, this way the freed-up time helped me excel at the thing I love the most, and do more of thing I enjoy the most.

To write. And, to read. Perfect for me! But again, as I always say in most of my answers on Quora and on my posts, this was my journey. This was how I found enormous amount of time to dedicate to my interests. That is what worked right for me. And, it worked right in all the best possible ways. But will it work right for the reader?

Only the reader can try and tell, if they feel the need for it. I hope the earnest reader may have found something valuable to take away from this post.

Also, here is a video summarizing the above answer. In case the reader is familiar with Hindi, and wishes to watch the video, here it is. Bliss!

I am avid reader and I never read books. I have hardly read any book till the last page. So far as reading is concerned I read blogs, I read articles, I read editorials, and I read real life stories. Moreover I read writing stuffs of young generation since I am concerned about where youth … END_OF_DOCUMENT_TOKEN_TO_BE_REPLACED