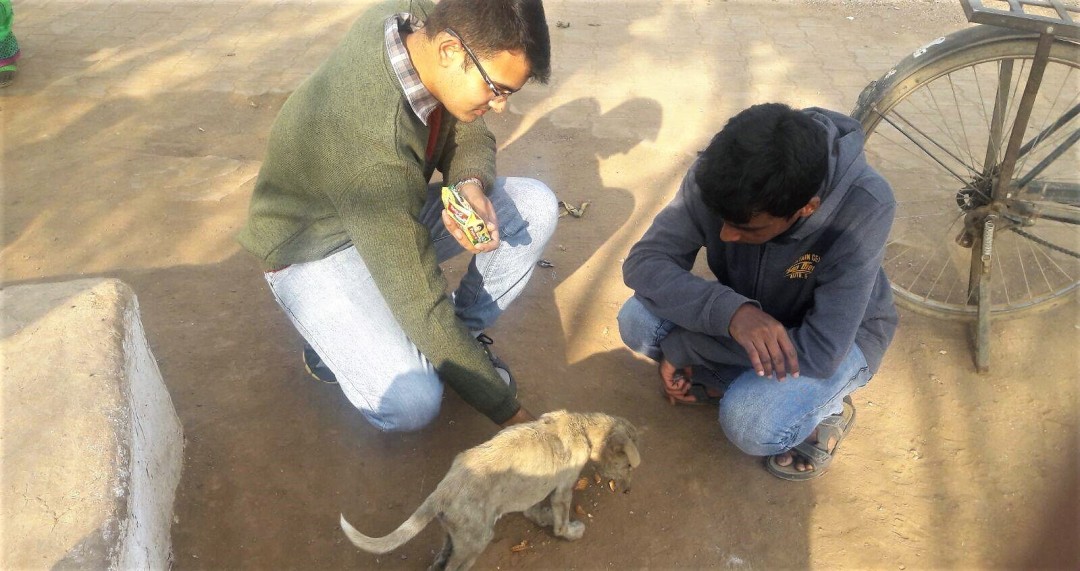 The Pledge. The Superhuman. And, the Smiles.

I am going to begin this post by sharing a pledge that I read to myself almost every morning after waking up and brushing my teeth. Maybe the reader would call it more of a message than a pledge. But, I hope the reader will be able to understand the emotions involved.

How am I going to do that? With my powerful ideas and dreams. I have stellar ideas that can solve some or the other miseries the world is bitten by at the present. And, again my aforementioned potential is going to help me realize those big ideas and dreams. This way I aim to create countless smiles- Flourishing ear to ear wide smiles.

And, the best part is that the most important tool I would need to make it all happen is the confidence in self and belief in my own capabilities. And, I have no dearth of those. I am rich with abundant quantities of them. I know that I am capable of achieving any heyday. Doesn’t matters how tough the path to achieve that may seem. But, the day I begin to move towards a particular goal, it will only be a matter of certain time that my dream will come alive.

Why do I have to do all this? Because it’s my duty! It is my duty to be kind and altruist. Kindness is the rent that I must pay for the space I occupy on this planet and the resources I consume. That is the least I can do to ensure that I pay back to this world that supports my living and my needs.

And, what does the above mission makes me? It makes me a superhuman. Oh no! Not the one with X-ray vision or a long red cape around his neck. Rather, the one who is above the miseries and dark truths of the world. The one who has a purpose- The purpose to make someone’s life more blissful and joyous in this arduous and convoluted world which is full of bad news.

Every day, I wake up with this purpose. To make a difference in the world. To augment some positive value to its growth story. So, I read these words to myself every single day. I tell myself to keep smiling as much as I can. Thus, if anyone would pass by, maybe they too would end up having a light smile on their faces.

Does this create any big difference? Not really. But, the very realization that just my smile is enough to change someone’s attitude in a split second, it makes my belief in my powers strengthen up. And, that has paid me back like nothing else.

Majority of the guards in my College’s compounds know me well. Every time I pass them, I beckon at them shouting my clichéd slogan, “Kaise hain Uncle Ji!” (“How you doing!”) No matter how tense, busy or irritated they might have been, they always reply in a joyous and enthused mood. It makes me happy that my four words could add some value to someone’s tough and busy life.

In return, what did I gain from this? Another family away from home. A whole lot of people who care about me. These people may not care for me that much, but simply the fact that they do is quite a big deal in my sense. And, that matters. One of those guards even brought me sweets made by his wife! How many of us have been exposed to such a privilege?

In fact this is one of the first such activities that I had undertaken towards my goal to make a difference in this world. Later, I opened myself up to the entire world. Someone is limping and needs help to cross the road? If I am around and notice their presence, I always rush to help them. I earn blessings and add smiles.

In the train does a lady or an old man needs help with unloading their luggage while alighting the train? If I would be there, one won’t have to ask me for help. I myself jump in to offer a hand. I create another smile on a stranger’s face, and I earn their gratitude.

And, it’s not just about helping any particular individual. At sometimes I also take up the stricter steps to ensure the betterment of the larger lot. Like when someone throws a banana peel on the street and moves away. And, this has happened, I am not throwing any hyperboles out here.

I pick up the peal, tap on the person’s shoulder and tell him, “Sir, your peel fell off your hands. I thought of returning it to you. No need to thank me for it.” And, whenever I do it, I make sure I am loud and someone’s noticing. This way, I try to sensitize my fellow citizens and augment some positive value to my nation’s growth story. I make it cleaner and better. I earn satisfaction.

And, this brings me to an incident I vividly remember.

I was a member of a social club of my College back then. It’s christened Rotaract Club of Youth (RCoY). So, the RCoY team had organized a cloth donation event in a nearby slum to equip the forlorn and the needy with some warm clothes to protect against the biting cold.

There I saw that a number of children had been pelting stones on a small puppy. What made the site more grotesque was the fact that the poor being was not even moving. I simply could not handle my senses together and rushed to stop them with my friend Snehith.

They said, “Its dead and its animal. What use is it of anyway?” I could understand that these people were of the underprivileged and unlettered lot, so they didn’t know how dogs or some other animal being could be of any value at all.

And, then I noticed that the puppy wasn’t dead, and was still breathing. I immediately asked Snehith to buy some biscuits while I would talk to the kids about what grave folly they were committing. Snehith returned with a pack of Parle-G glucose biscuits and as soon as I broke a piece into half and brought it closer to the mouth of the pup, it opened its small and injured mouth.

That poor and helpless child was hunger ridden and had no energy to move. That is what made the children out there believe that it was dead. We fed the puppy with another pack of biscuits and then even talked to the children about why dogs matter just as much as us humans.

That day, we probably saved a life and also, spread some wise words into the heads of those tiny slum kids. Did they follow our words and not hurt the puppy again the next day? Maybe they did. Or, maybe they continued to pelt stones over it. Maybe the puppy didn’t survive for long enough after we returned.

But, what makes me satiated is the fact that at least now the puppy had a chance to live. Maybe two of the ten kids would know that this poor soul deserves to live just as much as them and would not bother it again. And, ensuring that possibility and adding just that another day to a puppy’s life was my success that day. The superhuman in me won that day.

It is just such small deeds that I try to achieve in my life. Small things that have the potential to make a difference. When a blood donation camp is organized nearby, I go and contribute on my part. Maybe someday my contribution might save a life, and thus the smiles of an entire family. Then again, the superhuman in me will rise and win.

I try to spread awareness about the causes I care for. Be it the Cleaner Surroundings or for the Better Knowledge Dissemination to the needy. And, the only purpose is that maybe someone impacted by my words or my works might end up doing something big to solve that decimate that cause. That way my cause would not be an issue of worry or misery for the world anymore.

Would I be the one making that difference in this world? Maybe not entirely. But, a small and tiny bit of contribution will be mine and that would be a great achievement for this superhuman gestating in me.

Who am I? Just a prosaic human like the 7.3 Billion others on this big planet of variegated species and colours. But, I am also a superhuman within, who evolves out as soon as he knows the world needs him. I am a person who tries to push his capacities to ensure that he can add value to as many lives as possible.

And, this brings me to the point in this post where I am going to make a request to the reader. If not anything else, please smile. Smile a lot. Every time you see someone, just smile. Maybe you don’t wish to show your teeth, like I often do when I don’t brush my teeth. No problem. Just flex your lips that that would be enough.

And, what would be the result? The world will be more blissful and beautiful than it was before. Maybe others won’t notice the change. But, when you practice to spread smiles, you will know the positive difference you would have made in this world.

Gandhi did the same. Martin Luther did the same. Abraham Lincoln did the same. Nelson Mandela too. Did any of them look like extraordinary men? Neither of them did. They all carried the similar outer demeanors like the masses they lived with. But, they all had a common thing in them which the masses did not have.

It was a smile that was more beautiful than any other person out there. What made their smiles so special and different? The fact that they earned those smiles by spreading countless smiles all over the world for years of their lives.

Am I trying to say that I too am one of their league?

Only my great-great grandchildren will be able to tell you that.

4 thoughts on “The Pledge. The Superhuman. And, the Smiles.”

Jayant also known by his pen name Shilanjan, I first came across this guy through an answer he wrote on Quora, naturally due to the sheer genius of the answer, I was drawn to read more and i clicked the follow button. Reading, I came to know how his life was rattled by the sudden … END_OF_DOCUMENT_TOKEN_TO_BE_REPLACED